Seriously, I went out of my way to question whether or not the Sony hating is justified but for fuck’s sake. According to Dan Hsu on EGM Live, the official EGM podcast, PS3 titles will offer awards for fulfilling certain objectives within them. This fantastic innovation will be called…Entitlements.

Can anyone even defend this if it’s true? I saw them unveil the motion sensitive controller with a PS3 guide button but this is just ridiculously fucking brazen. Stories abound of people becoming addicted to Xbox 360 Achievements to the point where they’ll play shite for easy points so it’s a proven concept but please Sony, just come up with some of your own ideas to at least try to make it look like you’re not ripping off everyone. Even Stuff magazine, who have a hard-on for anything shiny and brandishing a Sony logo, called the PS3 “me too, through and through” in their latest issue.

I’m tempted to rescind my comments from a couple of days ago that we should give them the benefit of the doubt if they’re going to keep doing this. Is there an original idea in that place?

…and it’s not even got a release date here yet. Shh!

I’m not usually down with this piracy lark but when a film that I really want to see doesn’t even have a UK release date (as of 28/7) I’ll be damned if a little thing like copyright law is going to stop me. This is a film I want to support so I’ll see it when it eventually comes out and buy the DVD, but honestly…don’t DVD players that play XviD files from discs just encourage this behaviour? I’ll bet there are less disciplined people who’ll download it and then not pay for it when someone eventually decides that we’re allowed see it.

Flimsy moral justifications aside, I really liked it. It could well end up being my favourite Kevin Smith movie and although I thought a sequel to Clerks smacked of a post-Jersey Girl panic and rush back to familiar ground, but it works. It’s got the expected humour (oral sex stories, for example) and actually goes further than previous ones, but it’s actually more mature and has a real ending. No shooting the lead character because he doesn’t know how to end a movie here.

In places it’s funny as fuck – the Silence of the Lambs spoof is a howler, as is Jay and Silent Bob’s feeble rationale for turning their lives around, and Elias’ endearing mixture of Jesus freak and Transformers/LOTR nerd is a predictably good basis for Randal’s bullying.

Overall I give it a “better than Jersey Girl”/10. I hope Kevin Smith sticks to the geekery and ribald humour because it’s what he does best.

A post over on the Guardian Gamesblog entitled “PS3 doubters get desperate” got me thinking – is there too much editorialising going on surrounding the PS3 at the moment? With little in the way of gaming news and two new consoles due in a few months it’s easy site hits to doomsay and play on the mainstream interest in the Wii while you’re at it. More people will click on “Sony are Doomed!!!1!” than they will “Sony are Cool”, after all.

Then again, I’m sure anyone reading this is familiar with the SmackDown story (read this if you’re not). Although SmackDown is coming to the PS3 next year as the post states, its version of SmackDown 2007 has been cancelled. The 2008 version will come to the PS3, but those looking for next-gen wrestling will be limited to the Xbox 360 this year.

So what? I asked that too frankly since I couldn’t care less, but the fact is these games are popular; none of them has sold less than two million copies (vgcharts.org). That’s a lot of money and a lot of people obviously like the games, so if they’re looking for a new console this Christmas and want a new wrestling game it could swing them. It’s never going to be make or break especially when there’s still a PS2 version, but it’s something to consider.

I must admit I’m torn here. It’s fun in a trainwreck sort of way when another minor PR disaster like an exec who thinks that people should buy it regardless of games because it’s such a bargain at £425 and it’s from Sony comes along, but then again I’m getting tired of banging this drum. They just make it so easy…

My hatred of the summer is reaching fever pitch what with the influx of tourists down here and weather than ranges from tropical heat to tropical storm (last Saturday was nuts), but also because there’s nothing to play. There are a few games out in August but I’m going all antipodean for most of that month and then, as I complain about every…single…year there’s a torrent of games due towards the end of the year. It’s even worse when there are two new consoles out and another just hitting its stride.

So in the meantime I’ve been playing some older stuff that I’ve either not played for a while or never got around to finishing. My Dreamcast has been restored to my desk (it’s gone all yellow like an old SNES which is annoying) and I’ve been hammering on Shenmue, Jet Set Radio, Crazy Taxi, Soul Calibur, and Marvel vs Capcom 2. Still an amazing system.

I bought LocoRoco after I liked the demo but have been fairly disappointed in it because it gets very repetitive and isn’t exactly challenging. On the PS2 I’m still enjoying SFA Anthology and I’ve got preview code of King of Fighters 2006 which is OK as far as 3D fighting adaptations go. Call of Duty 2 and Battlefield 2 multiplayer are where I’m at on the 360.

The Game Boy Micro has been getting a lot of playtime over the last few days, especially when it comes to the SNES ports – I finally finished Zelda: Link to the Past (only took me 15 years) and now I’m working on completing Super Mario World. Final Fantasy IV is on the to-do list.

So I guess I should be thankful that I buy far too many games to actually play properly. It makes these long summer days easier to bear.

In other news I passed my second year of uni! Now only another year before I can get a real job! Yay!

So in addition to your standard accessories you can now get Xbox 360-branded ecstasy. Presumably 20g of the stuff costs as much as 200g of its third party rivals and only comes with 13g usable.

Of course MDMA with logos on them are nothing new and I can remember thinking how cool the Simpsons ones were in drug education, but could it be that despite their denials this is a deliberate marketing ploy by Microsoft? The use of PlayStation demo pods in nightclubs is often cited as a reason for the cool image that Sony rode to the front of this industry (games, not narcotics) and you have to suspect that this stuff is way more fun than Wipeout.

This is also a lot less likely to get you beaten up for being a nerd than spending your time in a nightclub playing a PSX. See? All part of their plan. 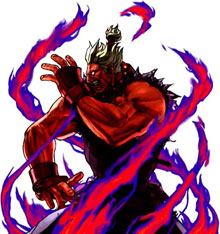