I’ve known that I’ve needed glasses for some time, ever since I found myself struggling to read the whiteboard in school about ten years ago, and as I’ve found it increasingly impossible to read football scores and news tickers on the TV, I finally took the plunge last week. It turns out that my eyesight didn’t even meet the DVLA standard, so if I was taking my driving test today I’d have failed it. Oops…

The first night I had them I watched Hot Fuzz on Blu-ray, which has been noted as being particularly handsome but failed to blow me away when I dipped in for a look, and the difference was night and day. What were once flat-looking skin textures were suddenly beautifully flawed and pitted, and I could see individual hairs or threads in clothing. Since then I’ve watched several HD films and played some of this generation’s most beautiful games, and I frankly can’t believe that it took me this long to get my eyes checked out.

Seriously, if you have any doubt about your eyesight, get an eye test. It might not be your TV that’s the weak link in your setup.

Of course, Freeview looks like compressed arse now, so it looks like Sky HD or Freesat is on the agenda again. You win some, you lose some. 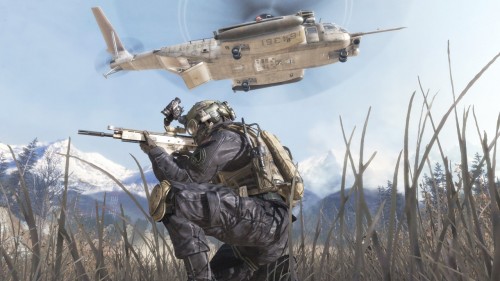