Excitement seems to be high for Nintendo’s new handheld, and that’s somewhat understandable. I watched the E3 conference too and came away suitably impressed, as the company seemed to be doing everything right: some nice technical innovation, an impressive list of new and remade games, a portable Virtual Console for Game Boy games – why that couldn’t have been added to the pointless DSi is beyond me, though – and a nail in the coffin for 3D with glasses. Brilliant. I’m in.

It’s amazing me, though maybe it shouldn’t, that many of the same people who crucified the PSP back in 2004 for shit battery life and a pile of console ports are now strangely silent, or maybe banging the ‘good enough’ drum. It was pathetic then and it’s still pathetic now. Nintendo is making a lot of the same mistakes that Sony did with the PSP, and it might get away with them because it’s a company on the up as much as Sony was starting to slide back then. I still think it’s sad, though.

I’m a gamer, so at some point I’m going to buy a 3DS. A 3DS Lite will certainly do it and, I admit, Professor Layton vs Ace Attorney could end up breaking me – I adore both of those series and the crossover is a wonderful idea – but I’m not too happy with Nintendo right now. Maybe it knows something we don’t and whatever comes out at the PSP2 announcement will make the 3DS’s battery life look like an age… 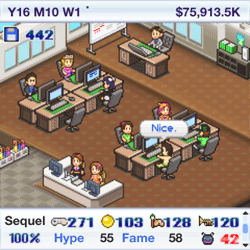