“Hardly a day goes by without a news report about children being brutalised and abused in the real world or its virtual counterpart. Some make links between what happens online or in a game, and what happens on the streets or at home.

“These headlines have contributed to the climate of anxiety that surrounds new technology and created a fiercely polarised debate in which panic and fear often drown out evidence. The resultant clamour distracts from the real issue and leads to children being cast as victims rather than participants in these new, interactive technologies.

“It quickly became apparent that there was a big difference between what concerned parents understand and what their technologically savvy children know. […] Put bluntly, the world of video games has come a long way since the early days of Pac Man. And while change and innovation are undoubtedly exciting, they can also be challenging or just plain scary.”

Do my eyes deceive me? Am I reading a report about games and the Internet that not only doesn’t immediately vilify the industry as corruptor of our youth or blame it for the collapse of Western society, but blames the media-led moral panics and goes on to say that risk-taking is an essential component of growing up? And this quote was taking from the first page!?

The Byron Review, summarised here or available in its entirety here, is shocking in that it is an independent look at how children can be protected from the dangers presented in games and online that doesn’t assume that gaming is a childish pursuit – as it says, games are no longer just Pac-Man – and doesn’t recommend clamping down on the industry and removing responsibility from where it should lie.

It recognises that children are raised by their parents, not games, and that if the opposite is true then it is the fault of the parents. The fact that the majority of parents couldn’t tell Facebook and Xbox Live apart doesn’t mean that we should descend into Luddism and ban the whole lot. We should look forward and recognise that today’s kids are tomorrow’s parents, and that letting them learn from their mistakes, as a kid who fell out of a tree one too many times would tell his kids that climbing trees can be dangerous, is how we’ve always done things and will mean that the next generation is ready to face a digital future.

As for the recommendation that all games carry BBFC ratings, I wouldn’t disagree. I think it’s been coming for a while, and it makes sense to use the same ratings for all entertainment. I actually like the clear iconography of the PEGI ratings, which are much better at describing the content than the BBFC ones, but it’s counterproductive to want parents to take an interest in what their children are playing but then make it difficult by using something other than the well-known film ratings. Most games with any objectionable content use both anyway.

Still, it hasn’t taken long for more exposés that – shock! – some games are violent from the usual sources, so some things never change. But at least we can’t complain that nobody’s given our digital entertainment a fair look. The difference here is that people are taking interest. 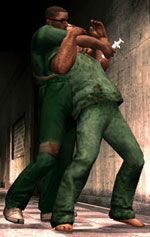 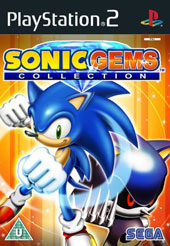