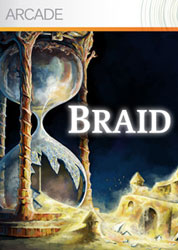 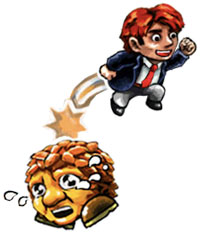 The influences that Braid carries most overtly is certainly Mario, and not just in the way that it’s ‘inspired’ every platform game ever. There are moments like this, which becomes an amusing running gag, a Donkey Kong sequence, and early enemies that are in no way Goombas, but the structure of the game allows it to switch from one idea to another at a moment’s notice, and it’s done in a way that allows you to skip a more challenging puzzle and come back to it when you want, never blocking your A-to-B progress. END_OF_DOCUMENT_TOKEN_TO_BE_REPLACED