I started back at uni today which is an odd experience having been away for the best part of five months. Still, I don’t have to do shorthand this year because it’s an option. Thank God…

I had to laugh today when I had my first seminar in the online journalism unit. The guy is a former editor of a major Internet magazine and then told us that one of the most popular blogging platforms is ‘WorldPress’ (ahem) and that web development isn’t done much in raw HTML since the arrival of Dreamweaver. You know that old “those who can’t, teach” phrase? Yeah…

Hard to believe that I’m in my final year of university and in eight months or so I’ll be kicked out into the big wide world. With any luck then I’ll be able to give the ‘aspiring’ in the site header the boot, completing what I’ve been planning to do for over a decade. Yay for me. 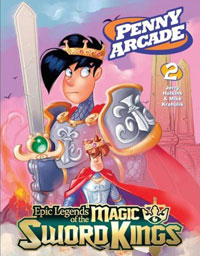 First of all let me apologise in advance for any weird spelling or punctuation in this post. I’m in a Japanese Internet cafe fighting against an alien keyboard layout and a laptop that wants to type everything in hiragana…

On days like this I wonder why I want to be a journalist when it seems that any story can be blown out of all proportion. As I’m sure you’re aware all British airports were in “chaos” because of the whole security threat thing so I was naturally all worried that all my plans would be disrupted. We got picked up by the airport car three hours early to account for any delays that the news was telling us were inevitable, and I had to leave my DS and PSP at home because I couldn’t carry them on and wasn’t risking them in the hold.

So…the two-hour drive to Heathrow ends up taking about 80 minutes because within a few miles of the airport there are hardly any cars on the road. Nothing. We wait for check-in to open and that goes smoothly and then queue for about 20 minutes longer than usual to go through security since everyone is being patted down.

Now what really had me fucked off is that I couldn’t carry on any games, my camera, my laptop, books, magazines, etc, but once I was through security as long as I wasn’t flying to the United States of Paranoia (they weren’t letting people carry on anything at all) I could have gone and bought any of the items in Dixons and carried them on. I wasn’t desperate enough to buy yet another DS so I just bought a couple of books from Borders (Roy Keane’s autobiography and the complete Hitchhiker’s Guide To The Galaxy) which I breezed through a good chunk of on the way to Tokyo.

The flight got off on time and went without a hitch (MI3 and Ice Age 2 were the films; I watched most of MI3) and 12 hours later I now find myself at Narita Airport with four more hours to kill until my connecting flight to Sydney. Thankfully it has a free Internet cafe that I’m using now which also sells Pocky, successfully combining two of my favourite things in the world, so that eases the pain. Amusingly, it also has a mini cinema where, for £400 a time, you can watch such hits as “Batman Bigins” (sic). I wish I had my camera.

This made me laugh. The nominations for the 24th annual Golden Joystick awards are open and us gamers can show how democratic we are by voting for our favourite games of the year. The esteemed UK Resistance (militant Sega fanboys who still resent Sony – see here and here – for murdering the Dreamcast, for those who aren’t in the know) are calling for everyone to vote for 50 Cent: Bulletproof so that the developers have to go and collect their award and get publicly humiliated on TV.

Naturally this will also lead to nobody making any more stupid urban “gangsta” games, so we all win. Do it now.

I talked about Kevin Smith’s blog some time ago (here to be exact) but there’s something on there that begs to be read, especially if you’re a Jay and Silent Bob fan. Jason Mewes had a well-publicised battle with drug addiction that pretty much started with weed around the time that Clerks was made and ballooned into crack, heroin, Oxycontin, and whatever he could lay his hands on that almost killed him or landed him in jail several times.

With the third anniversary of his sobriety around this time, Kevin has been blogging the full history of their relationship (start with part one, here) and all the crap that Mewes put him through. Reading it, I honestly don’t know if I could give someone that many chances and pour that much money into helping them. The moment they stole from a dealer and ran into the house where my family lived they’d have been out the door.

It’s spread over nine very long parts, but definitely worth the time to read and thankfully it all works out in the end, complete with quite a tear-jerking video on the last entry. Without Mewes we wouldn’t have the great-looking Clerks 2 to look forward to, which is clearly going to be the monster hit of the summer. That or Snakes on a Plane…

I realised something the other day – having started with podcasts around a year ago (I first posted about them when iTunes added support), I now spend more time listening to podcasts than I do watching TV, with well over ten hours of podcasts dropping into iTunes every week and barely four hours of TV holding my attention every week. That’s pretty unbelievable to me, but I guess the fact that I can get cool shows on stuff that really interests me is very appealing.

Anyway, I thought I’d list a selection of my favourites so that people can give them a try and share some of theirs. I need to feed this addiction.

So does anyone else listen to any good podcasts? Let’s have some recommendations.