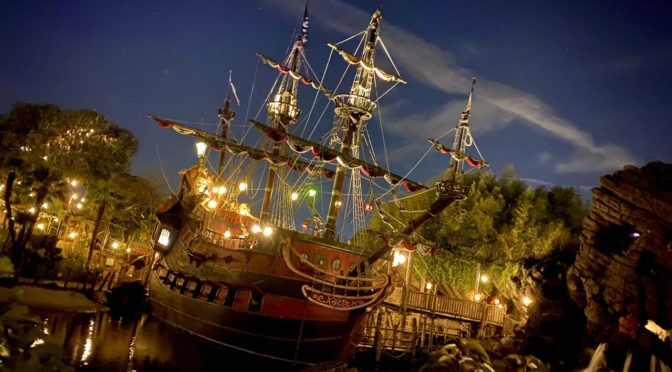 For the first time, the iPhone 11 Pro is a phone that I feel entirely comfortable using as my sole snapshot camera. Literally, the only thing it doesn’t do better than my point-and-shoot (which is no slouch) is zoom, which may be an insurmountable problem for the smartphone form factor… or it may not.

I’ve been away twice since I’ve had it, to Berlin and Paris, and it’s been phenomenal, but here I want to showcase its night mode in particular with a few samples. Some of the following shots are lit by little more than a few candles.

It’s uncanny and impressively naturalistic – it almost always looks like a properly exposed night shot rather than an artificial day shot.

My Nikon DSLR will always remain the king, but when I don’t want to carry around a few kilos of camera and lenses, this will do.

Apropos of nothing in particular, just some photos I took on a recent walking tour, making the most of a clear day and that gorgeous low autumn sun. All taken on an iPhone 6.

A couple of hours from now I’ll be on my way to India for a couple of weeks, my first foreign trip since I went to New York in 2009. I don’t think I’ll be going on a tour of the major locations from Temple of Doom or anything, but you never know. In any case, a trip like this is long overdue.

And it better be good, considering how many injections, visa applications and unexpected expenses I suffered for this jaunt.

I’m doing without my computer and phone, so my connectivity will depend on Internet cafes and my ability to remember my 30-character gibberish logins without 1Password, so don’t expect what updates I make to be particularly verbose. But I do plan to take a lot of photos and video, having finally replaced old faithful with another Lumix, and will post them here and on Twitter. I don’t often test WordPress’s gallery functionality, but when I do, I do it during altitude acclimatisation in the Himalayas.

Tomorrow is our last full day in Japan before we head home on Thursday morning, and it’s going to be spent with some lazing around and last bit of shopping thanks to a blister the size of my head (yes, that big) that’s appeared on my little toe. Quite nasty really.

Over the last couple of days we rinsed our JR Passes by taking the Shinkansen to Kyoto and Nikko where a great deal of temples and shrines are found. I took photos of most of them and the toll taken on my feet by the sheer amount of walking will probably turn out to be catastrophic. We ended it by taking a taxi up to Kegon Falls (an expensive choice, but I wasn’t paying so I don’t care) which was really beautiful.

Being a gamer, one of the main attractions of coming to Japan is the shopping. I did a bit in Australia (the most interesting being EzyDVD’s limited Serenity tin) but they’re generally in a similar boat to us when it comes to the things I’m interested in – only $1,000 for a PS3! – which makes saving money for Akihabara an obvious choice. This is what I picked up, technology-wise:

I’m not counting the litres of Grape Fanta and a new discovery, Melon Cream Soda Fanta, in the purchases because then this would turn into some kind of epic love poem. In another game-related story, I went into an arcade in Shibuya and played Virtua Fighter 5 which, if I’m honest, really didn’t blow me away. I do enjoy the series but this wasn’t a big leap by any stretch of the imagination, and rather than looking like a graphical showpiece it looked kind of artificial. I suppose I need to wait to try the PS3 version before I complain too vociferously.

This really will be it until I get home. Can’t wait for it now.

I knew I was in trouble when we stepped out of the airport in Japan and it was over 30 degrees…at night. So far Tokyo has been very grey (torrential rain on the first morning, but other than that dry), but still in the low thirties with high humidity. Not comfortable but hey, it’s Tokyo.

I haven’t been online in a while because getting on in Australia was a pain and it took me a few days to realise that we have free (I think) broadband in our hotel room here, but now all my photos should be up, even if I haven’t been able to annotate them all yet. Except this one, for obvious reasons. The rest of them will have to wait until I get home on Thursday.

In Japan we’ve been to most of the main districts in Tokyo, the highlight probably being the serendipitous visit to Harajuku at the same time as the Super Yosakoi festival. We also went to Kamakura and saw the big temples, all the while being captured by an old Japanese man who spends his days practicing English by collaring random westerners and showing them round. His opening line is “I am not suspicious,” which pretty much sums up the caliber of conversation.

Tomorrow we’re taking the Shinkansen to Kyoto (tip: if you’re planning on using the train when in Japan buy the Japan Rail Pass; it pays for itself with one bullet train trip) and then in the last couple of days we’re planning on hitting Nikko and the Imperial Palace before heading home on Thursday.